Showing posts from August, 2011
Show all

August 27, 2011
By  Bruce Horovitz , USA TODAY 8/15/2011 Isabella Sweet doesn't wear a target on her chest. But kid marketers covet this 9-year-old as if she does Perhaps it's because she's a techie. The fourth-grader from Davis, Calif., spends almost an hour a day on the Webkinz website. The site charms kids by linking Webkinz plush animals — of which she owns 18 — with online games that encourage kids to earn and spend virtual money so they can create elaborate rooms for virtual versions of their Webkinz pets. The site does one more thing: It posts ads that reward kids with virtual currency when they click. Every time a kid clicks on an ad, there's a virtual ka-ching at the other end for Ganz, which owns Webkinz. At issue: With the use of new, kid-enchanting technologies, are savvy marketers gaining the upper hand on parents? Are toy marketers such as Ganz, food marketers such as McDonald's and kid-coddling apparel retailers such as 77kids by  American Eagle  too eager to target
Post a Comment
Read more

TO AL MENCONI WITH LOVE

August 27, 2011
The wife of a young couple wrote this poem after a seminar.  I have this framed hanging in my office to remind me why I continue to teach the Christian Music Diet.  - Al Menconi, editor TO AL MENCONI – WITH LOVE I grew up with my radio beside me day and night. I’d listen to each song until I knew the words just right. (2Tim. 4:3-4)  When Mom would drink and scream, my music made me feel so good. No matter what the problem was, my music understood. (Deut. 32:37-38)  The rock stars were my idols. Their advice was my instruction. They persuaded me to live a life of sinful, vile corruption. (2Tim. 3:6-7)  At twenty-one, I married Phil, to help my emptiness. It didn’t magnify my joy. It magnified my mess! (Eccles. 1:2)  I finally screamed, “God take my life! I’ll do no good down here!” (Jonah 2:2) What followed was a blessed peace that calmed my deepest fear. (Phil. 4:6-7)  Then Phil and I accepted Christ. Our sins just dropped away! (2Cor. 5:17) We made a pact with God. We said, “Y
Post a Comment
Read more

August 23, 2011
I often tell my audiences that parents may live in the United States of America , but their children live in the United States of Entertainment and MTV is writing the constitution for this youth culture. What does this mean to parents?   Our children live in a different culture than we do.   If we are going to reach this generation for Jesus Christ, we must reach them as we would reach a Third World Nation.   We must become acquainted with their language.   We don’t have to speak it fluently but we should be able to understand a few words and phrases.   We must understand the customs and culture so we are able to respond properly and not commit a social faux pas when we attempt to present our message of hope.   This Sunday evening at 9:00 PM, MTV will showcase the values and culture your children live in everyday.   MTV will present their Video Music Awards – The VMAs this Sunday night at 9/8 central,   This is NOT a program you want your children to watch.   I sugge
Post a Comment
Read more

Managing Your Preschooler's Fascination with Apps

Managing Your Preschooler's Fascination with Apps www.commonsensemedia.org   Mobile and communicating  by  Caroline Knorr , on 08.16.2011 Little kids love apps -- and so do most parents. The ability to tap, touch, and swipe can lead to hours of fun, especially for tiny fingers. And sometimes, handing over your smartphone makes a tantrum magically disappear. Apps can teach great things –- at low or no cost. But that doesn't necessarily mean that you should always hand over your device when your little one is bored. Each swipe on a tablet or smartphone means less time spent doing all of the other activities that are good for preschool-aged development and more time spent in front of a screen. And if your kid is already watching TV or playing on your computer, it all starts to add up. Too much screen time can impact everything from kids' health to their school readiness. Here's how to manage your kid's app habit. Tips to manage your preschooler's app habit There a
Post a Comment
Read more

Facebook tied to poor mental health in teens: What parents must know 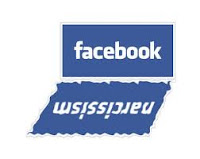 From a speech by Larry D. Rosen, PhD, California State University, Dominguez Hills, at The American Psychological Association convention August 6, 2011 Rosen has concluded from his research that social networks such as Facebook, YouTube, and others may be turning your teen into a narcissistic, antisocial outcast.   Does it influence your family?   How many hours a day to you and your family spend on social network sites?   A few of the key points from his research: ·       Teens who use Facebook more often show more narcissistic tendencies while young adults who have a strong Facebook presence show more signs of other psychological disorders, including antisocial behaviors, mania and aggressive tendencies.   ·       Daily overuse of media and technology has a negative effect on the health of all children, preteens and teenagers by making them more prone to anxiety, depression, and other psychological disorders, as well as by making them more susceptible to futu
1 comment
Read more

August 09, 2011
God's Investment Advice "Do not store up for yourselves treasures on earth." - Matthew 6:19 -- Excerpted from  The Treasure Principle  by Randy Alcorn Imagine you're alive at the end of the Civil War. You're living in the South, but you are a Northerner. You plan to move home as soon as the war is over. While in the South you've accumulated lots of Confederate currency. Now, suppose you know for a fact that the North is going to win the war and the end is imminent. What will you do with your Confederate money? If you're smart, there's only one answer. You should immediately cash in your Confederate currency for U.S. currency--the only money that will have value once the war is over. Keep only enough Confederate currency to meet your short-term needs. As a Christian, you have inside knowledge of an eventual worldwide upheaval caused by Christ's return. This is the ultimate insider trading tip: Earth's currency will become worthless whe
Post a Comment
Read more

How to Ruin a False Worldview

How to Ruin a False Worldview By Charles Colson BreakPoint/Chuck Colson Center for Christian Worldview Breakpoint.org January 27, 2010   A while back on BreakPoint, I talked about a teenager who attended a worldview training camp run by Summit Ministries. The young man complained, tongue in cheek, that worldview training had "ruined" movie watching for him. He could no longer watch films without automatically searching for the worldview messages. That's great news: The whole point of worldview training is to "ruin" attempts to convince teenagers that any worldview conforms to reality better than Christianity does. But we can't wait until the teen years to start talking to kids about worldview-and parents know it. Many times I've had moms and dads come up to me and say, "What do you have for younger kids?" Well, it's a critical need. Because the studies show us that a person's basic views about life are formed during the morall
Post a Comment
Read more
More posts