Showing posts from February, 2012
Show all

An Excellent Album with a Great Sound

February 23, 2012
If you are looking for an excellent album with a great sound try The City Harmonic.   They have become one of my favorite bands.   You can watch their official video for their song  I Have A Dream (It Feels Like Home)  at the link below.   http://www.youtube.com/thecityharmonic
Post a Comment
Read more

But It Doesn't Affect Me! Really? Read this!

February 22, 2012
I can't tell you how many young people say and think, "But It Doesn't Affect Me!"  It is the number one issue all parents and teachers must confront, which is why I wrote the  book for parents, teachers, and teens by they same name.   My book, "But It Doesn't Affect Me" answers every excuse to prove that our entertainment choices DO affect us.  These examples from last week's Grammy Awards prove the obvious.   We are influenced by our entertainment choices.   Adele’s six Grammys translated into an immediate spike of 95% of her album 21, which spent its 20th week at No. 1 with sales of 237,000 units. Sales projections for this week, the first full week since the Grammys, indicate that the British singer is on track to sell between 500,000 and 600,000 additional copies. Other beneficiaries of post-Grammy love? Katy Perry and Bon Iver. Perry's bitter post divorce song, "Part of Me," which she perfor
Post a Comment
Read more

February 16, 2012
This article is from a site all parents should use called Facecrooks.com .  I depend on them for help with Internet privacy and safety.  - Al Menconi, President Al Menconi Ministries If you think your child’s privacy settings on Facebook really don’t matter – think again. The  FBI is investigating an incident  where pictures of teen girls were taken from Facebook and placed on a pornographic website. The victim’s ages range from 14-17 years old. The good news is that the photos showed the girls fully clothed – the bad news is that some of their personal information was included on the site. Imagine seeing your child’s photo on a pornographic website with their name and high school posted beside it.  To make matters worse, child pornography was also discovered on theMassachusettsbased web site. The teens didn’t have their privacy settings configured properly, and Facebook’s design makes it very easy for photos to be downloaded. All you have to do is right click on an image, and you are
Post a Comment
Read more

Act of Valor, a review by Al Menconi

Act of Valor By Al Menconi, Al Menconi Ministries, AlMenconi.com, February 9, 2012 I can sum up the review of Act of Valor in one word.  WOW!  That was the most intense, exciting, and interesting film I have seen in a while.  Before I finish my review, I must offer two caveats. It earned its R-rating because of the killing and intense action scenes. There were a few profane words that would make it R-rated.  I normally don’t attend R-rated films, nor do I recommend them.  The last R-rated film I watched and reviewed was The Passion of Christ.   Of course I’m not putting Act of Valor in the same league as The Passion but I am recommending Act of Valor with the above cautions. Before the credits and title came on the screen, the film started with the two directors, Scott Waugh and Mike McCoy, coming on the screen and speaking directly to the audience.  I hope they keep that segment in the public film as it gave the viewer a different perspective of what to expect.  Waugh and Mc
Post a Comment
Read more

Al's Response: Wow! I sure didn't expect the above responses.  I'd like to throw in my two cents.  Yes, the child is WRONG. But I also believe the father's response was WRONG. The real question is how to restore the relationship. Not how can the parents "get even." Parents should NEVER respond in anger NO MATTER THE PROBLEM - as it will only drive the child further away. Unless the father attempts to heal this relationship soon, he will lose his daughter. There will come a day when he wished he had a better relationship with his daughter and it may be too late.  I have to agree with Annie (above), this problem is not new. The father should have confronted the child about her attitude way before it got this bad. He should have discussed and set reasonable guidelines with his daughter about chores, facebook, etc. He should have discussed reasonable expectations and reasonable discipline if the daughter was unable to follow reasonable guidelines. If the
5 comments
Read more 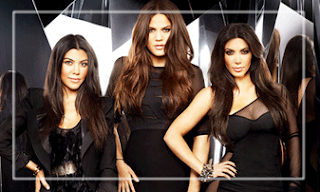 10 Worst TV Role Models  In CommonSenseMedia by Sierra Filucci , on 02.06.12 What Are Kids Learning from TV Characters? When it comes to sex, violence, drinking, bullying, and other sensitive topics, you want messages about right and wrong to come from you -- not, say, Snooki from Jersey Shore . But surprisingly, Snooki might be more of an ally than you think. Talking about TV characters and their choices can be a great way to start conversations with your kids about their own behavior. We encourage you to get familiar with the characters kids are watching -- whether you love or hate them -- and sneak in a little parental direction between Snooki's visits to the bar. 1. Snooki, Jersey Shore  Not only is she not the brightest bulb in the bunch, but she drinks constantly and to excess. And while her drinking sometimes gets her arrested or leads to iffy sexual behavior, she gets lots of attention (and a big paycheck) for her antics.  Why it matters: Kids who watch shows with
Post a Comment
Read more

February 06, 2012
brand - e.biz Social media girls get sad January 31st, 2012 by admin Girls can ‘ruin their girlhood’ by spending too much time on social networks. The new Stanford University study looks at data from girls between the ages of eight and 12 – all subscribers to Discovery Girls magazine – who spend considerable time using social media and finds that they are likely to be less happy than their less-networked peers. Multitasking and spending many hours watching videos and using online communication is linked to certain negative experiences, such as feeling less socially success, having more friends whom parents perceive as bad influences and sleeping less, the research finds. Clifford Nass, the Stanford professor of communication leading the study, says he was looking into how social media might create impediments to face-to-face interaction, which teaches kids how to read body language and facial clues. “Humans are built to notice these cues – the quavering in your voice, perspiration, b
3 comments
Read more

Sex, Beer, and the Super Bowl: Are Your Kids Watching?

Sex, Beer, and the Super Bowl: Are Your Kids Watching? In  Family media management  by  Caroline Knorr , on 01.30.12 There's only one thing that can upstage Tom Brady throwing a 50-yard touchdown pass: a supermodel getting her naked body painted by Jillian Michaels. That's what Internet domain registrar GoDaddy.com will be treating audiences to in its Super Bowl ads this year. With more than 100 million viewers on game day, advertisers are willing to do just about anything to get attention. (Would you have ever heard of GoDaddy otherwise?) The Super Bowl represents a moment when families sit down and watch TV together. We're pretty much a captive audience and can be surprised by just about anything that happens during the live game --  including the ads . Ads impact children America pays almost as much attention to Super Bowl ads as we do the fumble on the 3-yard line. It's become a national sport to rate the ads the next day -- in the office and in the schoolyard. Thi
Post a Comment
Read more
More posts