Showing posts from August, 2012
Show all

August 27, 2012
Study shows teens imitate risky sex of films, TV - Washington Times  / August 12, 2012 Can you name the last five movies your teenage son or daughter has watched with friends? How strong was the sexual content in those movies? Does it really matter? New research suggests it does. The study, conducted by  Ross O'Hara  and soon to be published in the journal Psychological Science, found that on-screen promiscuity promotes promiscuity in real life. “Adolescents who are exposed to more sexual content in movies start having sex at younger ages, have more sexual partners” and engage in riskier sexual activities,  Mr. O'Hara  said. While at Dartmouth University,  Mr. O'Hara  (now a researcher at the University of Missouri) and his team analyzed the movie-watching patterns of about 1,200 young teens, ages 12 to 14. Researchers analyzed the teens’ sexual behavior six years later, considering the age at which they became sexually active, their number of partners and the
1 comment
Read more

How Game Addiction is Ruining Boys

August 20, 2012
How Game Addiction is Ruining Boys Posted on Aug 2, 2012 OnlineGraduatePrograms.com We found this infographic very helpful in understanding how video games are contributing to the demise of today's  youth, especially young boys.  Here are a few things that stand out to me!   1. Guys spend 10,000 hours playing video games before 21.   According to Malcom Gladwell in his book outliers, these guys are masters of video games.  This is staggering.  I wonder what 10,000 hours broken down into each day would look like?  Also, how many hours would the average 21 year old Christian guy spend reading the Bible? 2. 90% of Children play video games.   Not surprising.  I would like to know what percentage of students are addicted to video games?  My youth ministry has been spending more time away from video games in the youth group because we want to encourage face to face relationships. What stands out to you from this infographic?  How do you see video games ruining bo
2 comments
Read more

A generation is growing up with internet pornography 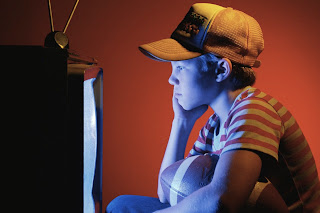 A generation is growing up skewed by internet pornography, court hears, as 12-year-old who raped a schoolgirl is spared jail A generation of youngsters may be developing a skewed view of sex from pornography, a court has heard, after a 12-year-old schoolboy raped and sexually assaulted a younger girl after copying a hardcore film he watched on the internet. By Simon Johnson for http://www.telegraph.co.uk May 31, 2012 The case was just the 'tip of the iceberg' and there may be many similar cases throughout the country, lawyers warned. The High Court in Edinburgh heard the boy, now aged 14, was allowed “unfettered” access to adult websites before forcing a nine-year-old to perform a sex act on him. Sean Templeton, the boy’s defence counsel, said the case could be “the tip of the iceberg” because pornography is giving a generation of youngsters a “skewed view” of sex. Judge Lady Smith decided not to detain the teenager but warned him that he should not regard
2 comments
Read more
August 06, 2012
Dark Night Time for Salt and Light Eric Metaxas - August 06, 2012 According to press reports, the shooter at the Aurora, Colorado, movie theater, dyed his hair orange, told the police that he was the Joker, had Batman posters all over his booby-trapped apartment, and, of course, chose as targets men, women, and children who were attending the midnight premiere of The Dark Knight Rises. Yet that same press is quick to assure us that the massacre has absolutely nothing in common with the dark Batman mythos, that the film didn't cause the slaughter, and that the deaths of 12 people and a woman’s miscarriage — excuse me, 13 people — were the inexplicable work of a deranged gunman, and we cannot know anything beyond this. Before I go on, let me say this: I’m absolutely not blaming this Batman movie for the massacre in Aurora. But what about violent movies in general? Because we do know a lot more about the connection between violence and media consumption than our guardians of cultur
Post a Comment
Read more
More posts