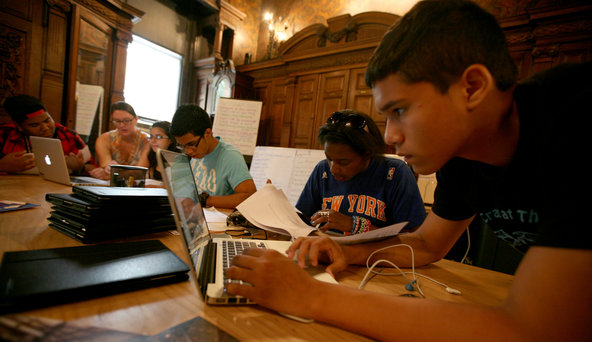 The Pew Internet Center recently asked that especially anxious cohort of Americans — parents of teenagers who use the Internet — if they were concerned that their child’s online activities “might affect their future academic or employment opportunities.”

Most parents said they were concerned, and that worry was most heightened among the middle class. Those who had annual incomes from $30,000 to $75,000 were most likely to worry about the implications for their children’s future.

The research into parents’ concerns comes as legislators in Europe consider a policy called “the right to be forgotten,” meaning that Web users should be entitled to delete their digital past records. Web companies vehemently oppose such a provision, and nothing like it has been proposed in the United States.
The study suggests that parents are concerned about future harm and are also trying to manage their children’s social media activities.

The study, conducted by the Pew Internet Center and the Berkman Center for Internet and Society, may increase arguments for shielding children from targeted advertising online. Four out of five parents surveyed said they were concerned about how much information advertisers could learn about their children’s online browsing.

Interviews were conducted among 802 parents of 12- to 17-year-olds, and another survey was done with children 12- to 17-years-old. The margin of error was +/-4.5 percent.
Children interviewed for the study had widely divergent opinions about befriending their parents on Facebook. Some said they were cool with it. Others said it kept them from posting things that might be embarrassing later. Still others were savvy about the surveillance powers of their parents. They said they tweaked their settings so their parents could see their basic profiles on Facebook, but not their status updates nor pictures. “I have them blocked from my page, so they can’t see my page or anything on it,” one 13-year-old girl told a researcher.

This is likely to complicate efforts to tighten a federal law on children’s online privacy. Children frequently lie about their age to sign up for Facebook, which allows only those who are 13 and above. Sometimes, they do it with help from parents.